Rhizom is building a virtual city developed from actually existing streets. According to the Rhizom city map, you take a turn south from Jakoministraße  to the left into Calle Moneda next to the Zocalo (México D.F.)* which is populated by street merchands vocally proclaiming their merchandise. After 500 m a place opens up on the right side – the Plaza de Garibaldi* where countless mariachi bands are rehearsing simultaneously.
If you cross the place further in southern direction you will reach Buffalo Road, Little India, Singapore ...
Each street is already a world of its own and another one for the one who walks on it. It tells something different to anybody with its sound, its rhythm, its faces, its architecture, its scent.

Rhizom is building an urban body.

Each artistic approach to a specific street is based on a personally experienced characteristic. The development of a work will take place in immediate context to the  chosen place and can take on the most diverse forms – be realised in different media. The results will then be linked in a three dimensional Rhizom – conceivable as a polymorphic network with strings, pinions, mouldings, proliferations, indentations, tentacles, aerial roots, water veins, neural fibres…  In contraction this alien nature is bound to the nomadic housing of a transport box which will be travelling. Released at the different location it expands and develops its forms within this space. Contributions, newly developed at the location of deployment will be attached as physical and digital extensions.
After each expedition the attachments will be added to the Ciudad Real-city map. A new street, a new place, a new space, complete with title and description of the new work and the respective artist, linked to the concrete rhizomatic urban body. An according implementation on the internet (the Rhizom as a city-net-map) is also being planned.

<…> The map is being put up against the copy because it is completely devoted to the experiment as an interference with reality. The map does not reproduce an unconscious which is closed in itself but constructs it. <…> It joins in with the Rhizom. The map is open, in all its dimensions it can be connected, deconstructed and vice versa, it can be modified all the time … it can be constructed by an individuum, a group or a social formation. It can be painted onto walls, be regarded as a work of art, constructed as political act or as meditation. <…>

<…>„To make Rhizom”, to enlarge ones own territory through deterritorialisation, to expand the escape line to the point where it covers the consistency plan as abstract machinery. <…> 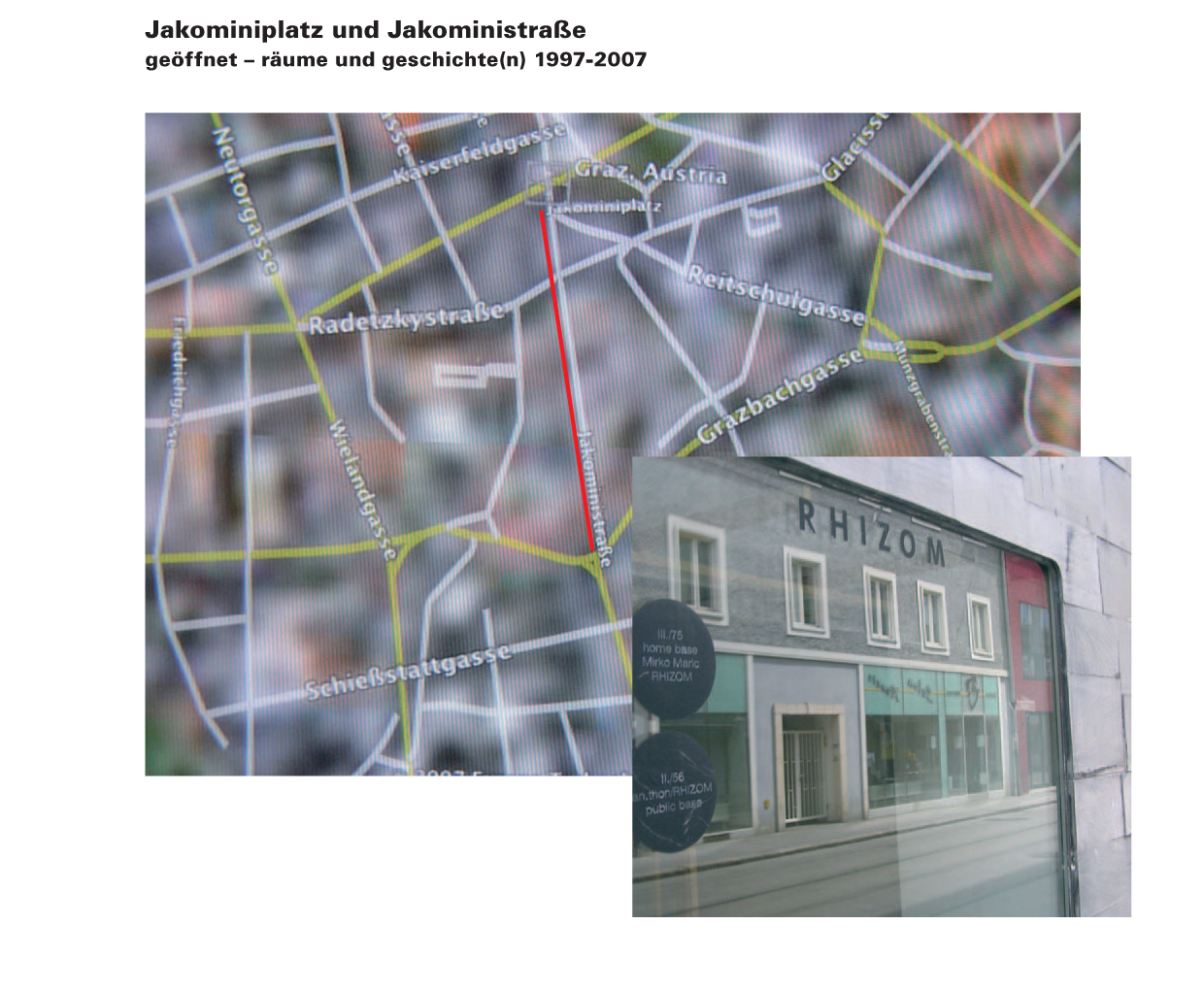 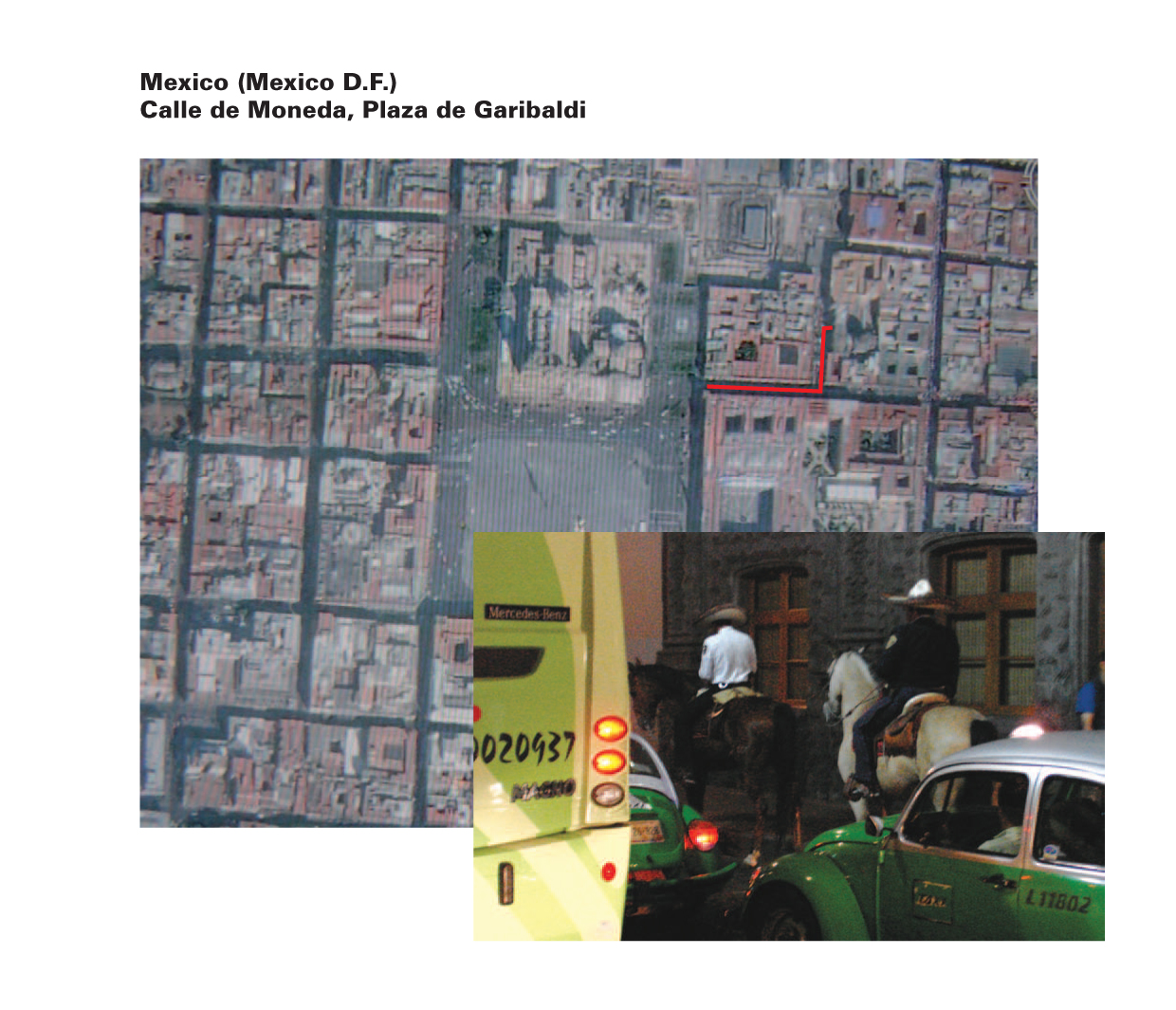 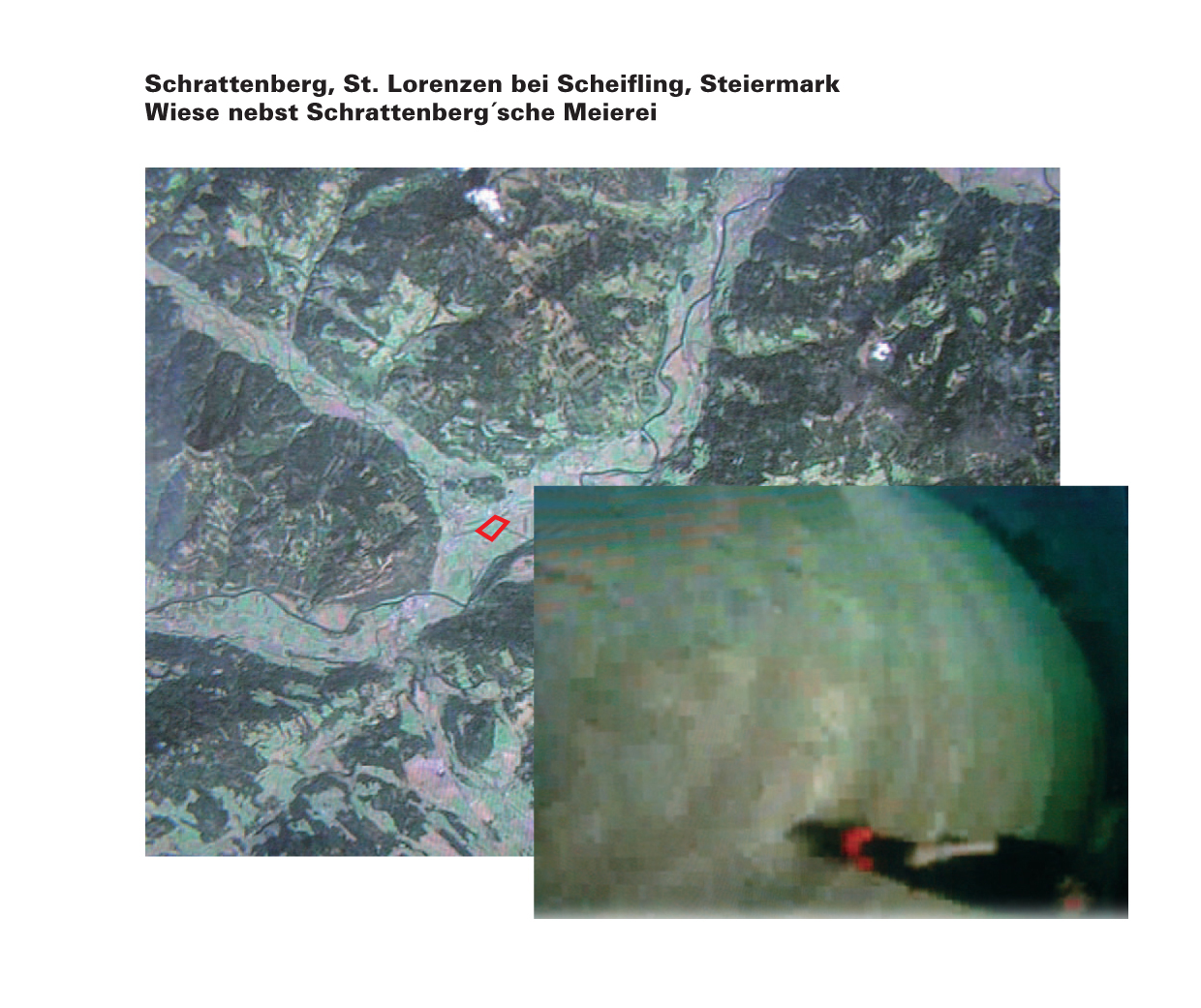