A structure of sentences forms the tableau for the development of the plot. The sentences give an impulse, initiate a movement, cause changes, actions and reactions. These sentences are spoken by the acting people. Yes, it’s about the breach, the opening which enables the OTHER ONE to exist.*1 On this urbane playing field between three reference rooms the ritual comes into a parallel trace. In a doubling the event now leads onto a asynchronously running mutation. One leads to the other  the connection changes by interruption, change of position, shifting acceleration or standstill. In these different conditions of move-ments things change their meaning, persons their roles, what was connected falls apart or into another connection.
What is finally presented at the exhibition, is organized along action and reaction chains in the different rooms. „What has opened up is time“.*2
*1 J. Baudrillard *2 H. Cixous

Everything is planned – everyone is in their places. The ritual “Current art in Graz – Gallery Day” will take place as an art trail which follows a defined progression plan. The caravan of art will arrive at the set time at RHIZOM. It will rest there for half an hour for the perception of art, self-presentation and mediation.
Through circumstances which have not been clearly defined the local situation will change. Everything starts with the phrases: “A change has taken place – we will have to re-settle with the exhibition.” Accordingly, what has not yet been presented will be disassembled. Visitors will be asked to help carrying items and to find a “good” spot in the new room for the object. The transport situation takes place between the two business locales Jakoministraße 9, 16 and 32 and between two parked streetcars. The group “Infoladen Graz” will perform their current movement for the search of a space which they will find at Jakoministraße 32. The group “endlich katzenersatz, wurstenden 14,90” will act in an acoustic travel simulation titled “From Istanbul to Paris in a streetcar”. About ten people, hired as audience members by RHIZOM (uniT) will define the movements between the places as an autonomous unit. On their way they will meet the “Gallery Day” audience, they will act as doubles in exaggerated stereotypes (marching, in formation as cordon etc.). Putting holes into the axis of time and the structure of meaning – the moving actor will already documented on a large-format inkjet plot… the folders of “Current art in Graz” have already been worked into a sculpture – will create additional interferences. Within them new comprehensive fields of art will should be discovered – a new closed system of references should be made more penetrable.

In the context of Aktuelle Kunst in Graz 2002
We thank: Grazer Verkehrsbetriebe 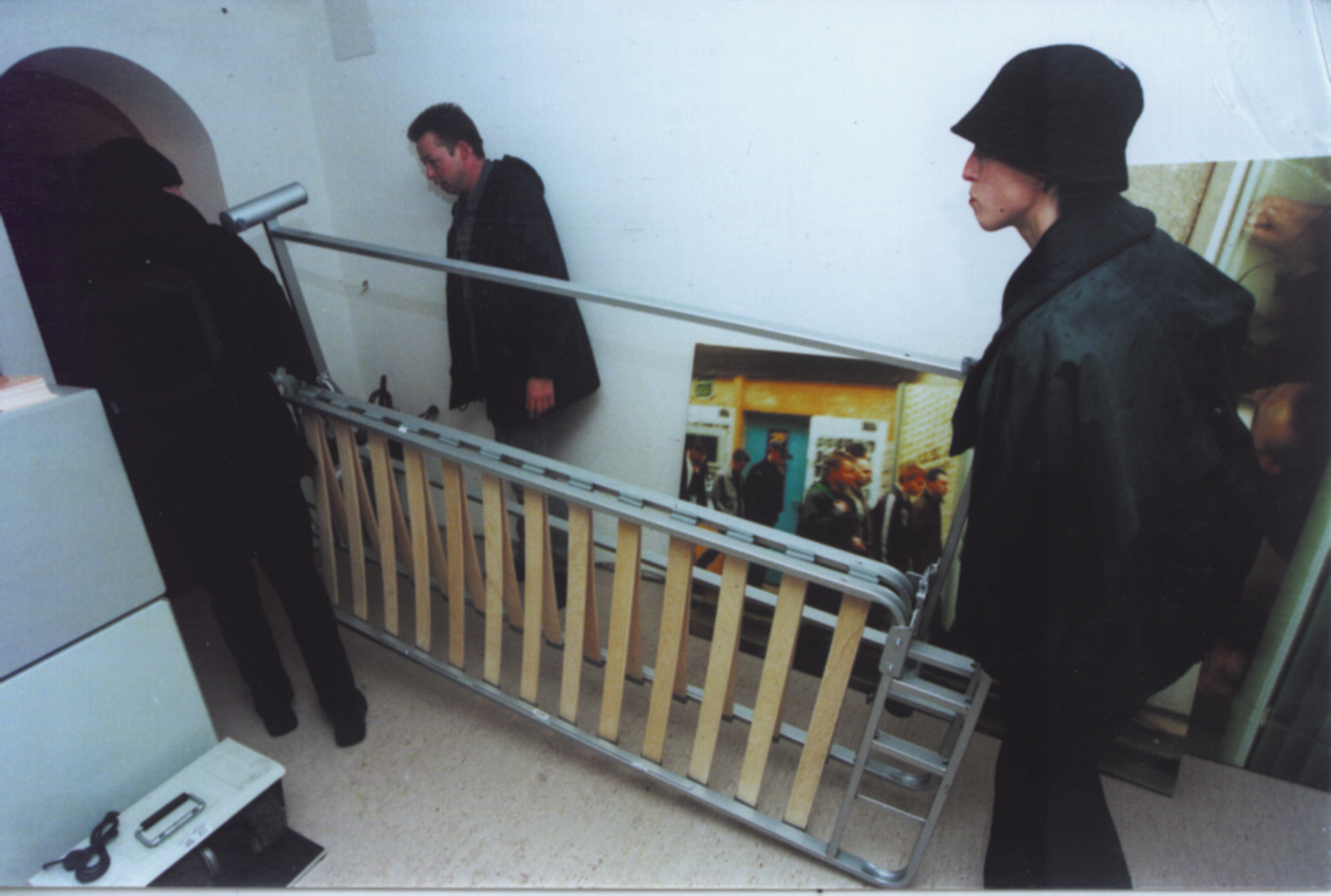 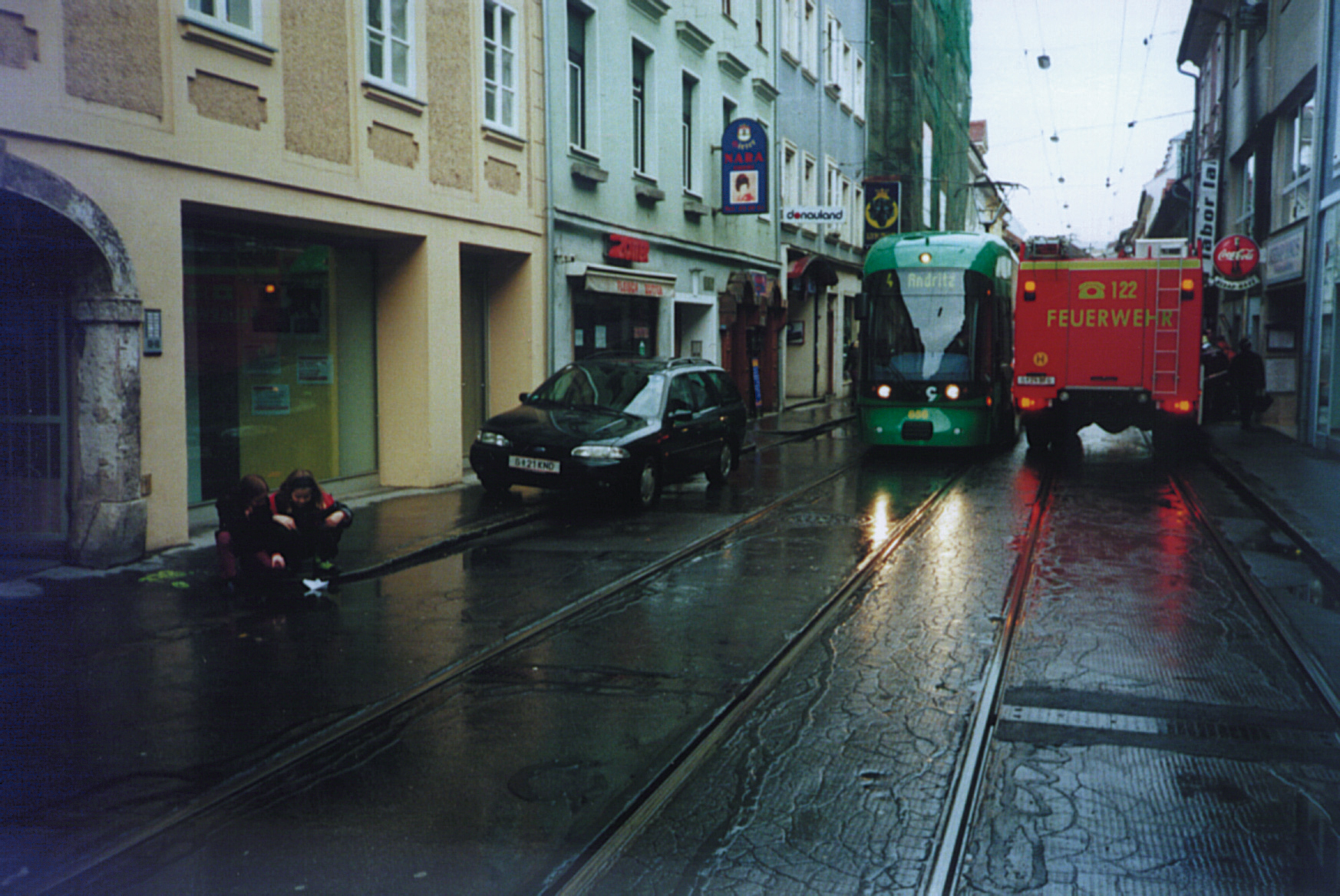 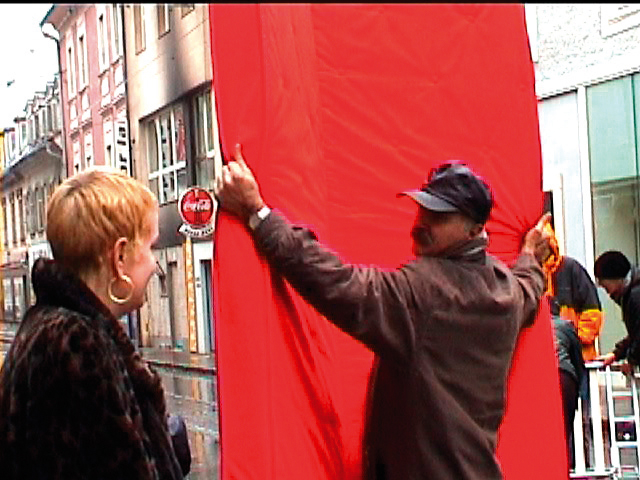 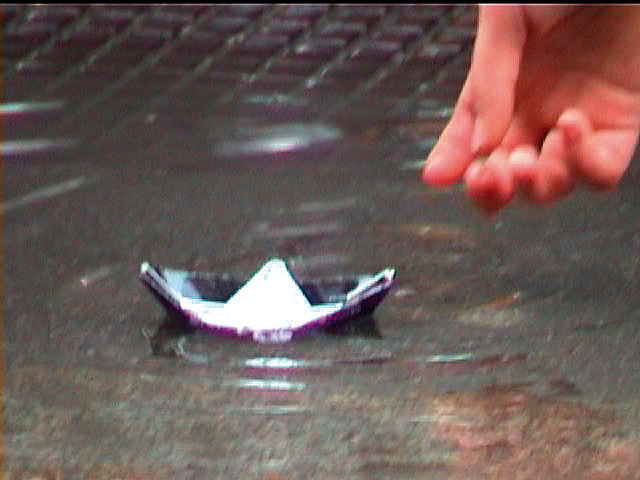