from art in open space to the peoples archive

1989: Nicaraguan artist Leonel Cerrato Jiron, designs a mural painting for the front fassade of Augarten cinema. The mural purpots the current developments in Nicaragua 20 years after the revolution and the Somoza dictatorship's downfall. During the mural's realisation Leonel Cerrato Jiron is a guest of RHIZOM in Graz.
Since Mexico's great muralistas of this century (Rivera, Siquieros, Oroszco) the pictorial design of walls to impart revolutionary topics and useful knowledge for the common man has been a Latin American tradition.

2009: We do not attract the necessary support from the public authorities for our efforts to publicly save and preserve the mural painting (e.g. at a new location in the Augarten). Thus it will be removed along with the cinema situated within the Augarten building. Amid the polylemma of cross-references concerning responsibilities and of value and non-value analyses RHIZOM builds the paradoxical space: The mural's pieces  are given over to interested people for private archiving so the fragments can be pieced together to a public painting in (a certain) future. Media
Intervention

October 27, 2009
Pulling down of the building between 9 and 12 am
Handing over of the mural fragments to interested people from 12 am to 2 pm
Live on destruction_manfred stern/stern+sax (buescher tief a)
Time schedule depending on the process of demolition 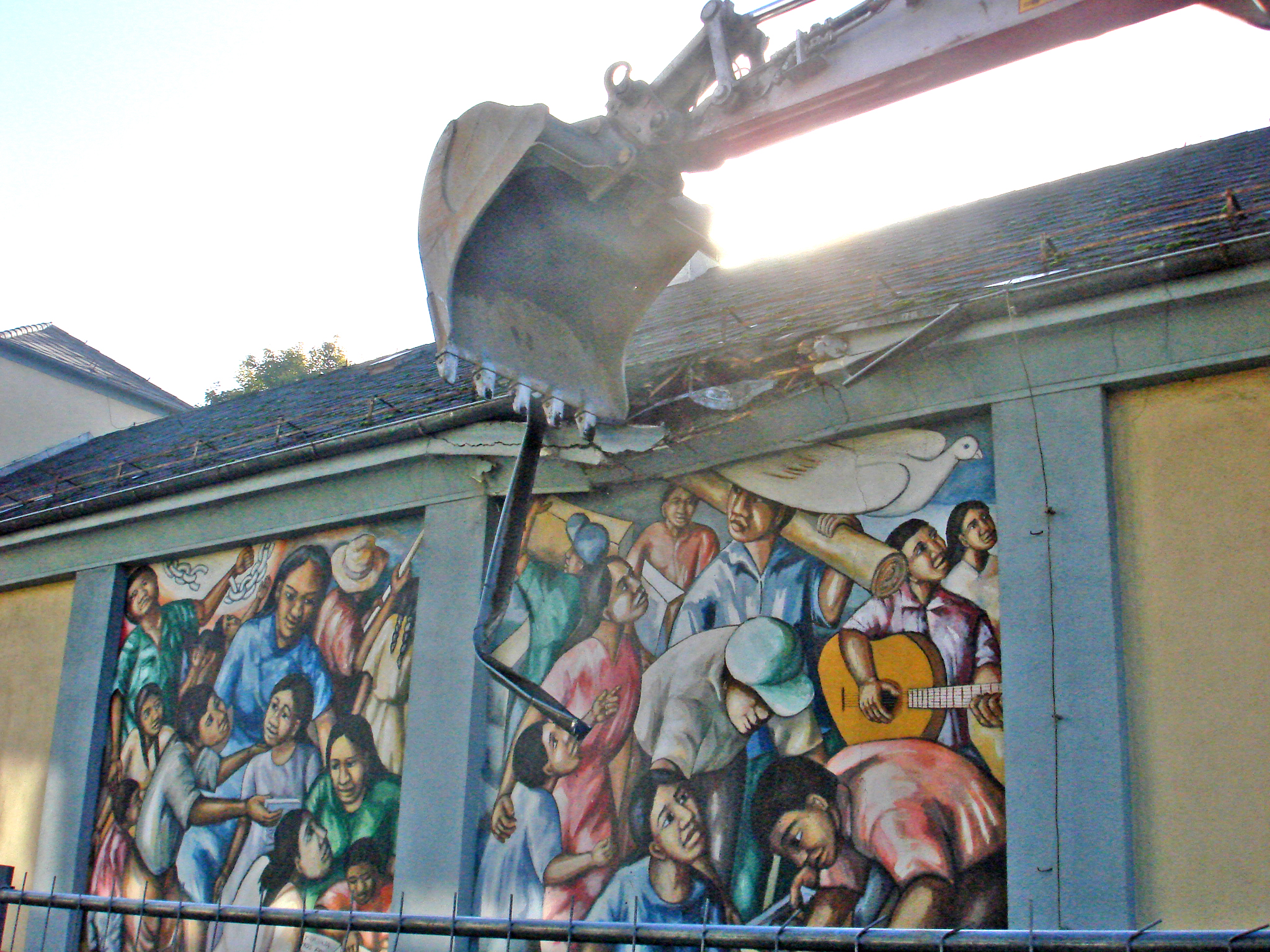 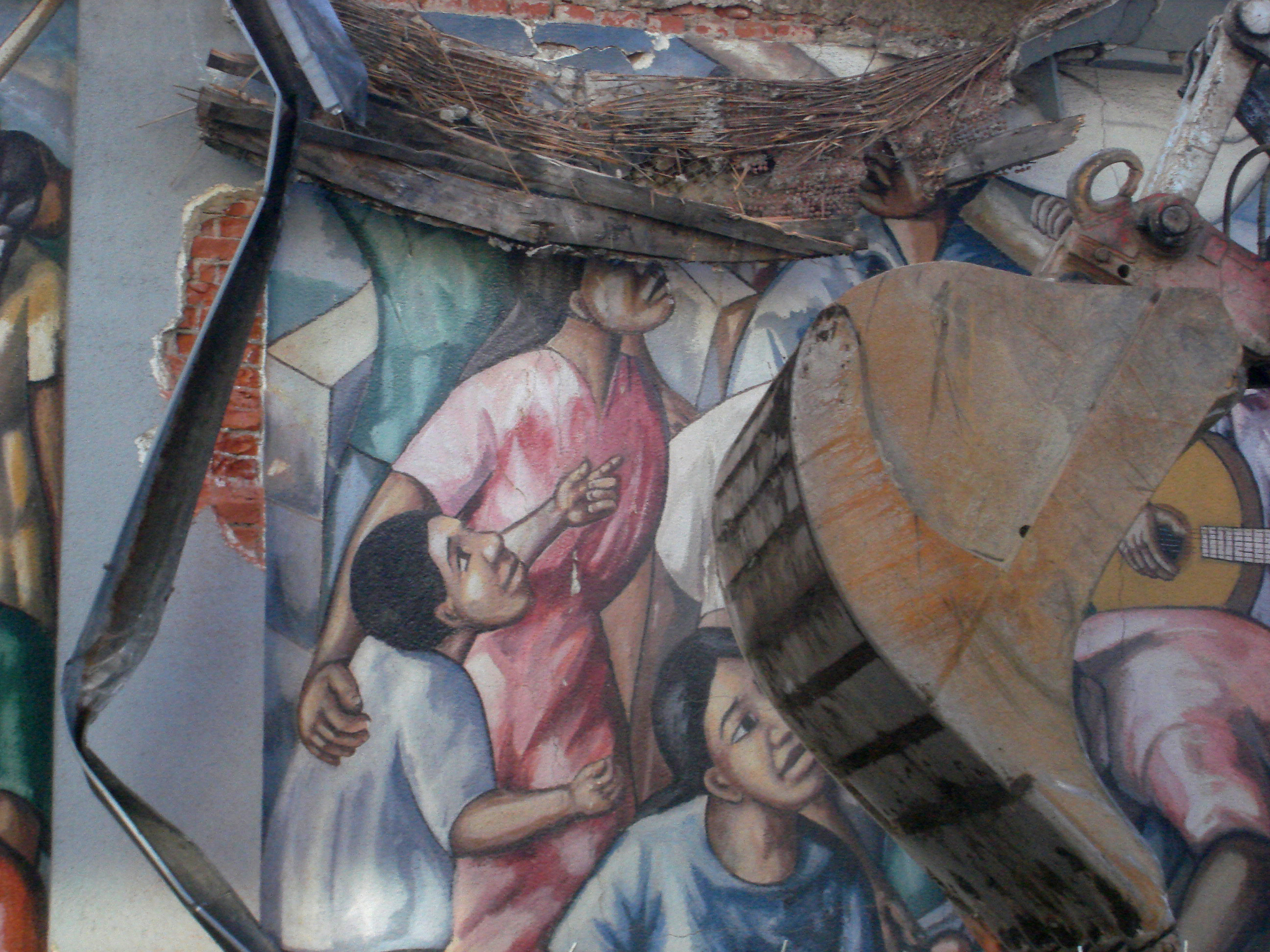 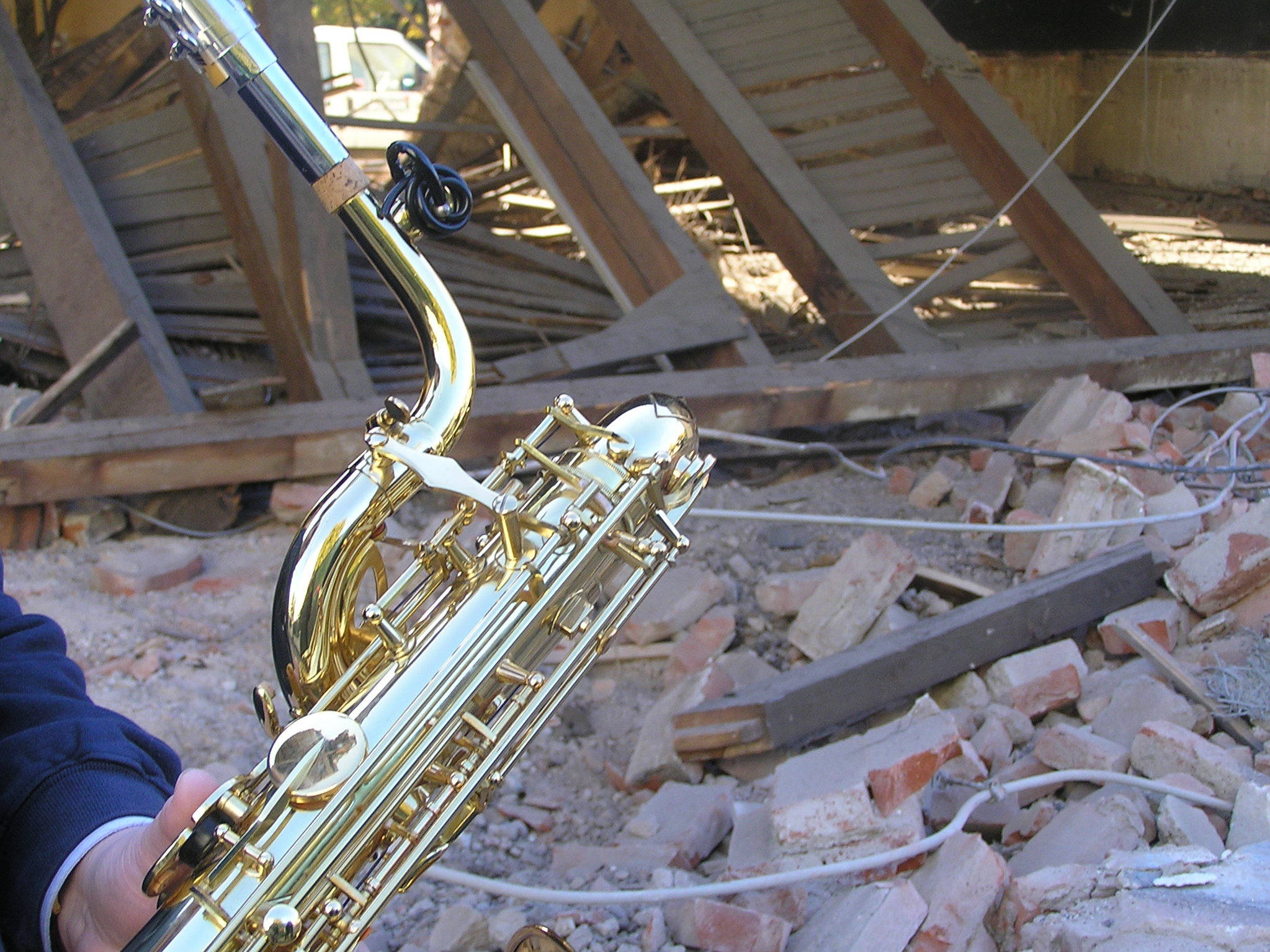 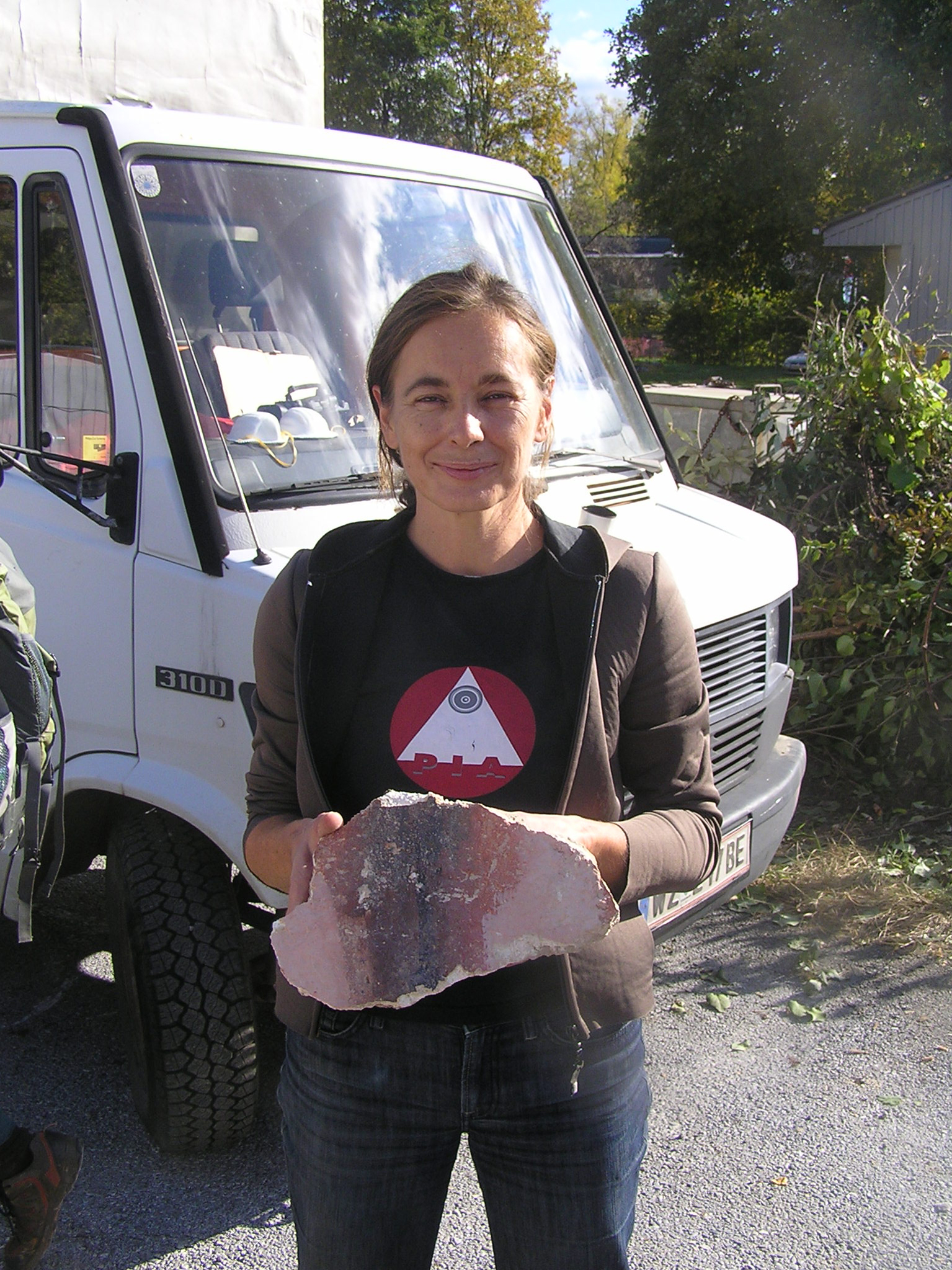