to adorn oneself with borrowed plumes

The headdress of Montezuma

The planned intervention in the public space of Vienna (Heldenplatz) picks up the controversy surrounding the return of the feathered headdress of Montezuma II. to Mexico. The matters of symbolic, mythological and material-immaterial value of original and copy within different cultural contexts (Colonial and cultural history of Europe vs. Indigenous history of Mexico) will be visualized by placing a copy of the Montezuma’s headdress on the horseman statue of Archduke Karl at Heldenplatz.

Following a thought by Bruno Frei from 1947, goal of this intervention is the exchange of the original (now at the Museum of Ethnology in Vienna) with the copy (now at the Museo Nacional de Antropologia in Mexico). Also potentially a symbolic act which could atone for breaking the laws of hospitality (Quote Bruno Frei: “Montezuma’s hospitality was repaid by Cortez with taking the friend of the guest hostage”).

Intervention in the public space of Vienna, a series of postcards 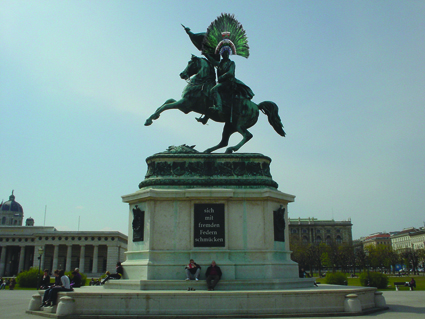 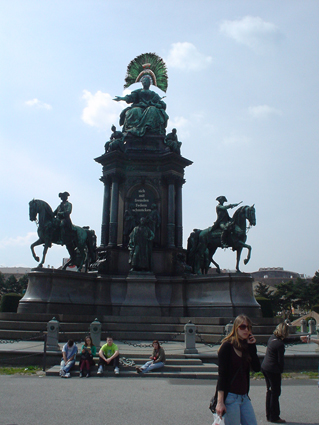