dreaming. from here on

Sheets of dreams Margret Kreidl & Rhizom at the FOTOGALERIE WIEN

To dream for all the world to see: night-time dreams, nightmares and dreams of laughter, waking dreams, dreams that make a wish come true, daydreams and musings. Bedsheets as sheets of dreams: to share dreams with others. Stéphane Mallarmé wished for newspapers in which the citizens of Paris report each others’ dreams instead of political everyday occurrences. „If you only daydream for two seconds, someone else will eat you alive“, says Tina Brown, Editor in Chief of NEWSWEEK, in an interview with DER SPIEGEL from March 2012. In October 2012, NEWSWEEK will cease publication as a print magazine. The logic behind maximizing profit: Even the ones who don’t dream anymore but only sleep to be fit for competition, will be eaten alive. „During the day, the rulers (virtuosos) of the manageable rule: at night, the friends of the imaginable“, writes Irmtraud Morgner in her „Heroic Testament“. To follow the logic of the dream: to question the stiff duality of sense and non-sense. A game of dreams, a praise of dreams in times of neoliberal super-growth and supervision. „If you won’t let us dream, we won’t let you sleep“, cried out by the „Indignados“ on the Puerta del Sol in Madrid. Interpretation of dreams – About easy explanations: „dreaming. from here on“ out is also a playful debate with the interpretation of dreams in ancient history (Aristotle, Artemidorus Daldanius) and psycho-analysis (Sigmund Freud, Sándor Ferenczi) and its trivial versions: „bananas are always to be seen sexually“.

Opening and Reading:
May, 11th, 2015, 7pm
with Margret Kreidl
Sheets of dreams on housing fronts within the area of WUK and in the FOTOGALERIE WIEN 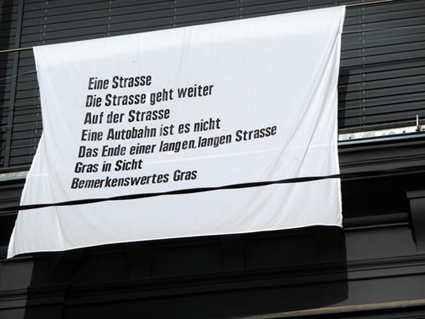 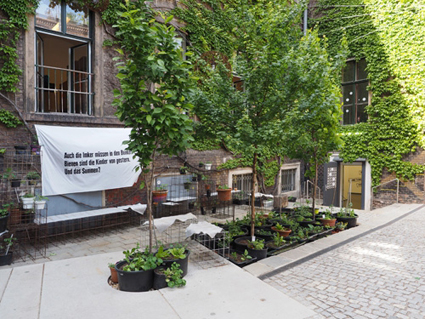 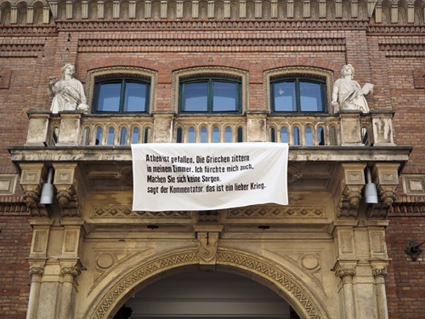 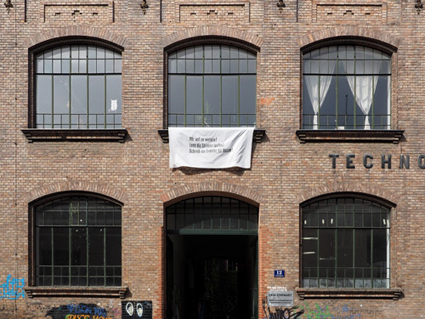 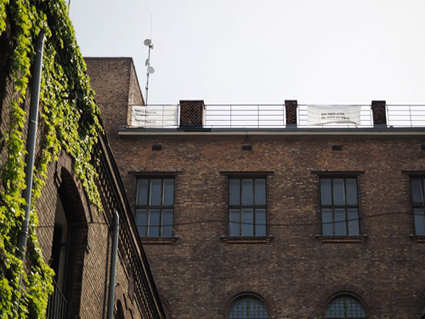 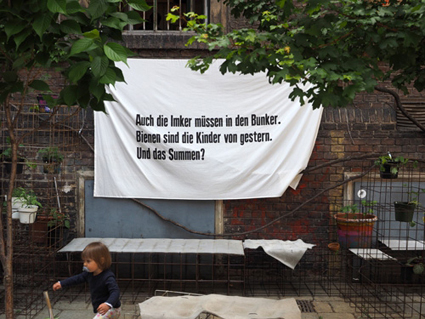 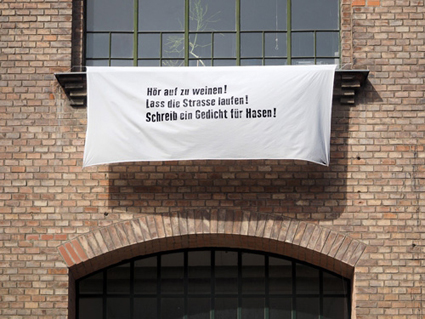 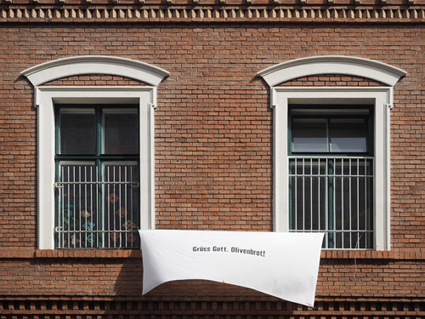