We say how it is
As he heard it
Speaking through her eyes
Whatever happened.

Jackson Real Road Movie was a real time story, developed 11-34 at a certain time, on Saturday 21.04.2001, between 6 and 6.30 p.m. A play with reality, its production and simultaneously running interpretations and information by mobile phone the events on the street where given to the data projector in form of a text in shop window Jakoministrasse 15, as well as acoustically as live comment at Jakoministrasse 16 (ground floor). Within half an hour the inhabitants of Jakoministrasse could become participators in a film, which in reality was realised in real time and for Jakoministrasse only. 40 Protagonists from opera singer, to brass orchestra and strolling sailors - changed Jakoministrasse into a scenery which opened the border between production and non-production. 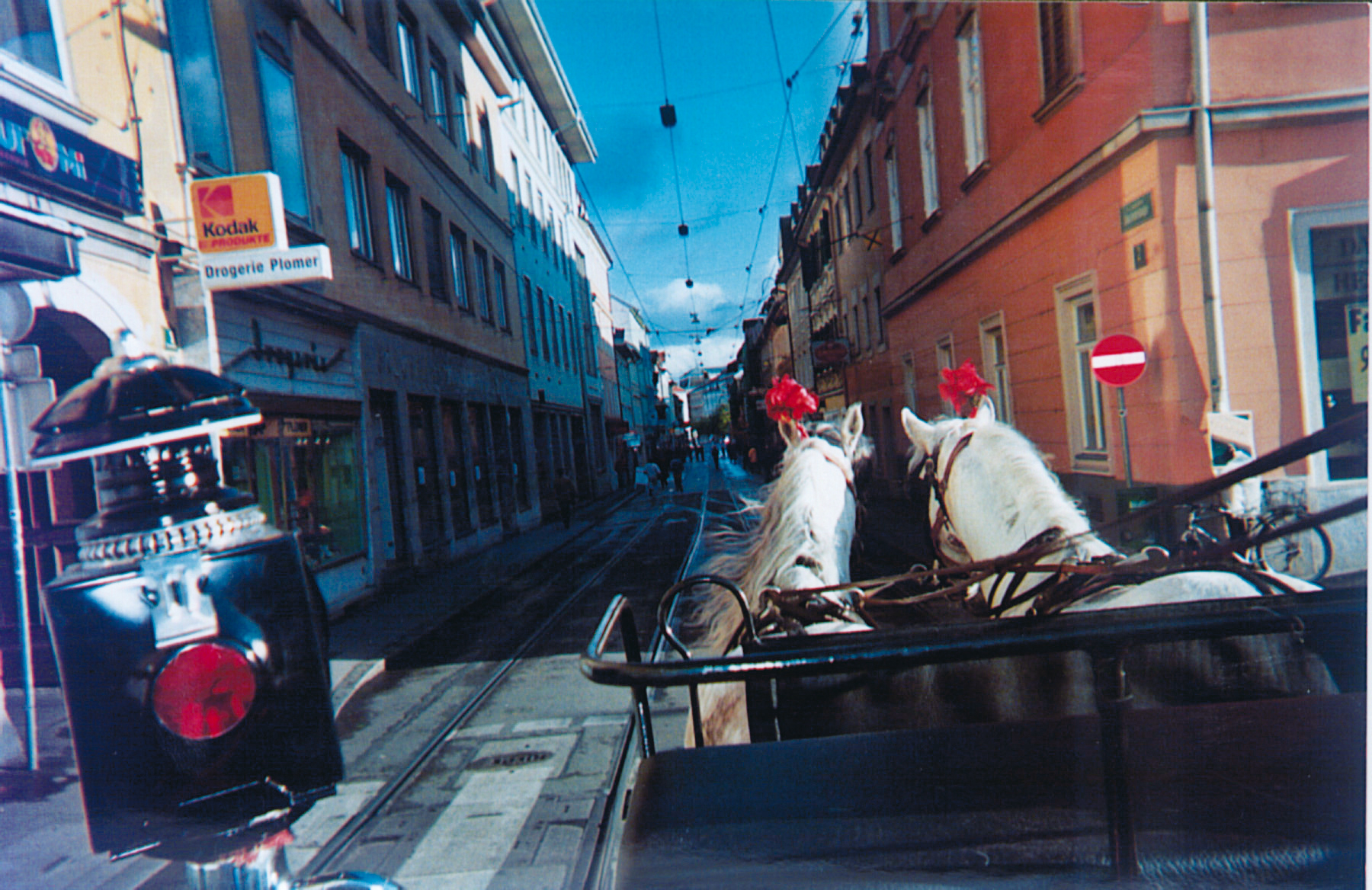 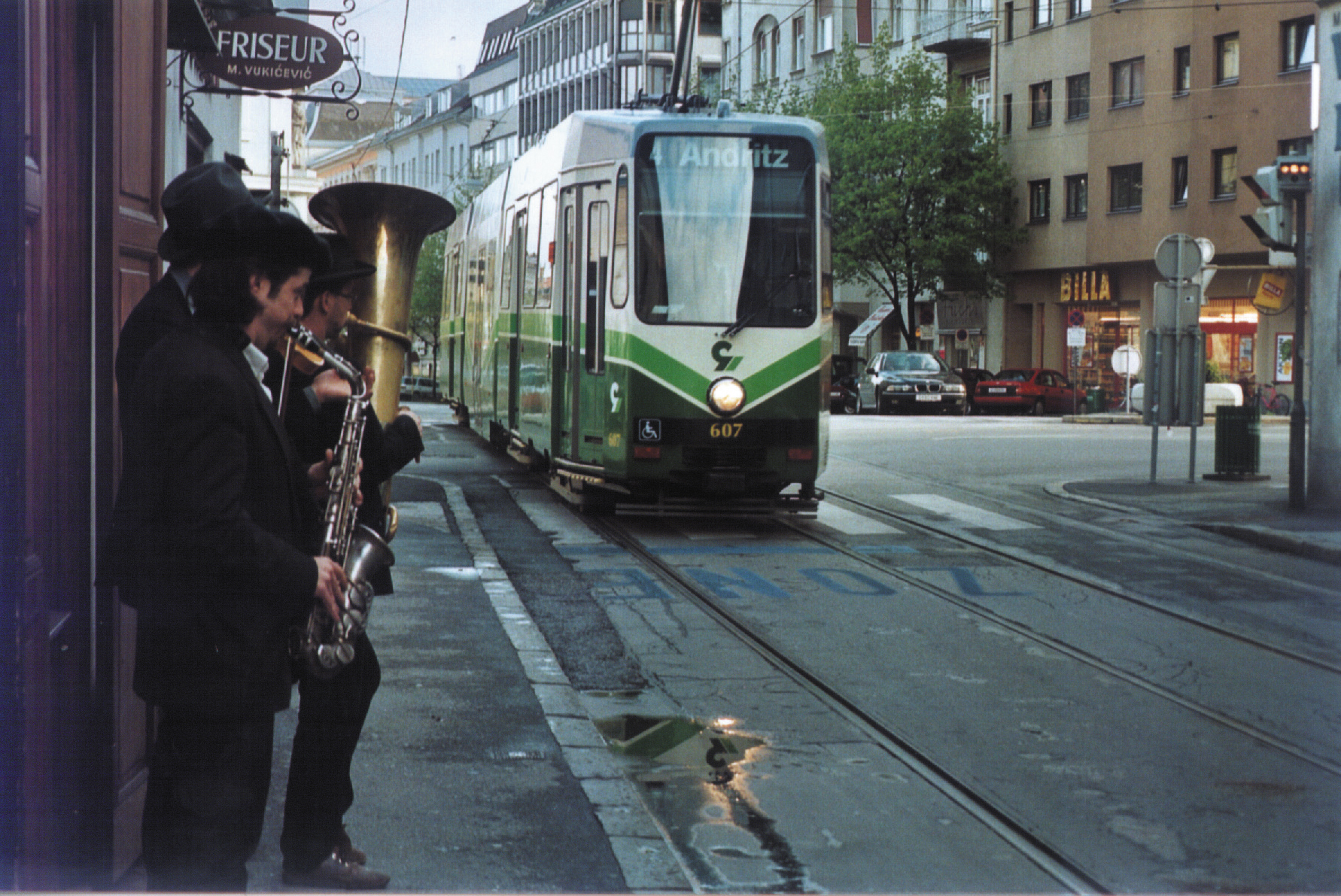 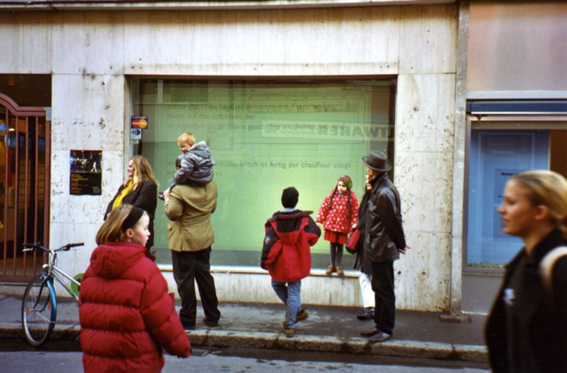