Mexico D.F.: As if the world was being set to music at the same moment in one place. Loud, simultaneous, many-voiced – the own body as an instrument in permanent use at maximum capacity as if the own life had to be proven acousticly in every second. The praising of the merchandise mutates to polyphonic singing in the accumulation of the notes and with every single scream one supposedly hears something resonating which differs from what is proclaimed in the text. The public rehearsal situation of several mariachi bands at the Plaza de Garibaldi, where own material is being practised and the reactions to other things are playful.
To have all of that in ones ear constitutes the search – the trial to weave a carpet from accumulated sound material which can carry this type of polyphony as an appearance of collective associativeness.

Sound and tone recordings from Mexico constitute the base material for this composition
D.F. (Calle Moneda and Plaza de Garibaldi)
In their rythmisation and structuring they are in turn giving impulses for sound tableaus,
layered with an electronically enhances monochord. This instrument, which is usually just equipped with one string, finds its application mainly in physics (movement sudies). The one used in this composition is self-made by the musician Geari Schreilechner and has four strings (= 4 notes). 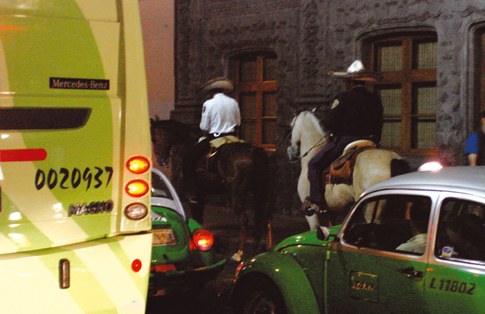 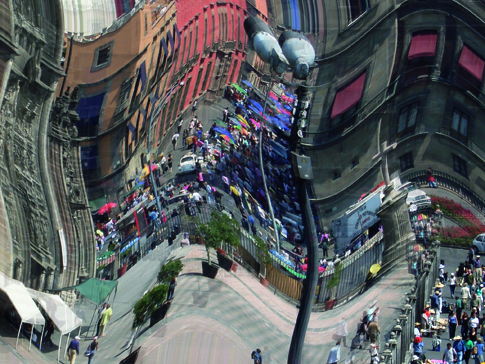 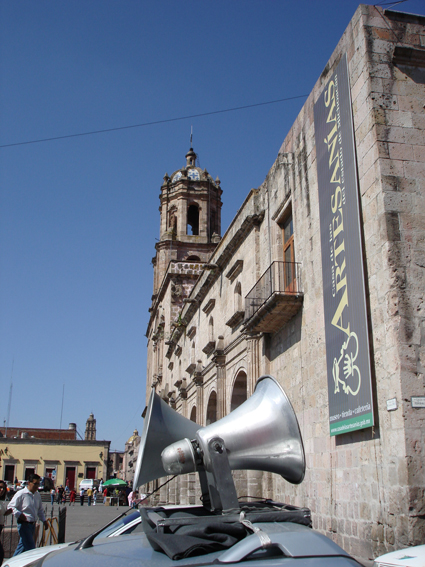