Sit On My Heart And Tell Me That You Love Me
2018, Seating furniture, transducer, Raspberry Pi, string curtain
The ass is a neglected sensory organ in art. The heart, on the other hand, has a hard time in it, because it is considered a clear sign of kitsch, and thus of artless activities. Nevertheless, Sit On My Heart And Tell Me That Me Love Me brings the two body parts together. Billy Roisz thinks the concept of cinema from Valie Export’s “Tap and Touch Cinema” together with the physicality of amplified bass frequencies and the pretended innocence of rustic seating furniture as a medialized body experience. The color of the installation – strong blue and red – serves as a feint, because here it is not looked with the eyes, but heard with the butt and talked with the heart.
(Text: Dieter Kovacic, http://billyroisz.klingt.org)

Thu., June 13, 2019
7 p.m. : Closing event
8 p.m. : Music performance/live act: Billy Roisz together with dieb13 (who was involved as a co-director in many videos, as director of photography and also with sound)

Billy Roisz
http://billyroisz.klingt.org
Billy Roisz is an artist living in Vienna. She is an autodidact, she sees her creative humus in the radically open DIY environment of the digital and analog electronics and noise scene in Vienna of the 1990s (phonotaktik, rhiz, mego, vidok, klingt.org). Since 1998 she works with the media video and sound. She experiments with the connection of auditory and visual stimuli based on the electrical signal or on electromagnetic frequencies. The aesthetics of image and sound disturbance, such as feedback and distortions, is one of her central fields of experimentation, and the interlinking and use of image- and sound-generating instruments her technical working approach. (whenwherewh.at)
The artistic realization takes place in audio-visual live performances, concerts, video work and installations, frequently solo, but also in close collaboration with musicians working in the area of experimental electronic music and noise as well as composed new and old music, film, theater and performances.
Her work has been presented at numerous international festivals (including Berlinale, IFF Rotterdam, Transmediale Festival, Sonic acts, Biennale Sao Paulo, 8 Brüclen Festival/Cologne, Donaufestival Krems) as well as at renowned galleries and museums (u.a. Tate Modern, South London Gallery, Centre Pompidou, MACBA Barcelona, Museo Serralves Porto). Her films, zounk! (2012), darkroom (2014) and THE (2015, co-director Dieter Kovacic), participated in the Berlinale Shorts competition. Her music has been released by editionsMEGO, mikroton, for/wind, hathut and trost.
In 2003, she was granted the scholarship for Experimental Film by the Federal Chancellery of Austria; in 2009, she was awarded the scholarship for Innovative Film by the Austrian Federal Ministry of Education, Arts and Culture as well as the state scholarship for Media Art. 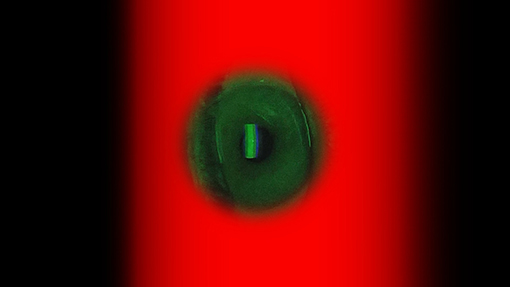